How to communicate on purpose . 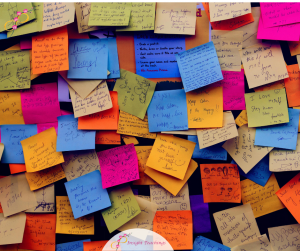 We often think we know what we want to say. And we say it. And it’s only afterwards that we might stop to consider. Did what we say have a purpose? Or was it just chatter? For the sake of chatter? Either because we like to hear the sound of our own voice or because we don’t like silence.
When we communicate on purpose, we’re clear. We know what it is that that we wish to share. And so we’re specific in how we do so. And usually when we communicate on purpose, we only say what we mean. Over the last year, there’s been a lot of communication that has been purposeful, but it’s been fuelled by anger. It’s been driven by conflict, differences of opinion. And in some cases, the belief that if the person shouts loud enough, they’ll drown out voices of disagreement.

2022 is about learning to communicate with purpose with respect, and with kindness. We may disagree with another but what their thoughts are don’t determine the quality of who they are as an individual. That’s what their actions determine. How purposeful Are you being, in communicating what’s important to you? What it is, you would stand for, if challenged, and stand quietly and with dignity.